Ducking, or sidechain compression, is one of the defining effects of modern music. From classic house to modern EDM, tracks by Daft Punk, Noisia and Eric Prydz ooze that pumping, ducking effect.

So, whether you’re producing pumping house or broken beats, Duck delivers in seconds.

Duck’s makes it easy to design a custom volume shape that repeats at a speed and depth of your choice, or use one of 58 presets to find new and inspiring effects. As well as sidechain compression Duck is capable of trance-gating, tremolo and any other volume effect you can think of. For more control, enable split band mode and adjust the separate low and high frequency controls. And Duck can be triggered with audio from a sidechain input or by MIDI notes, making it easier than ever for hip-hop and bass music producers. 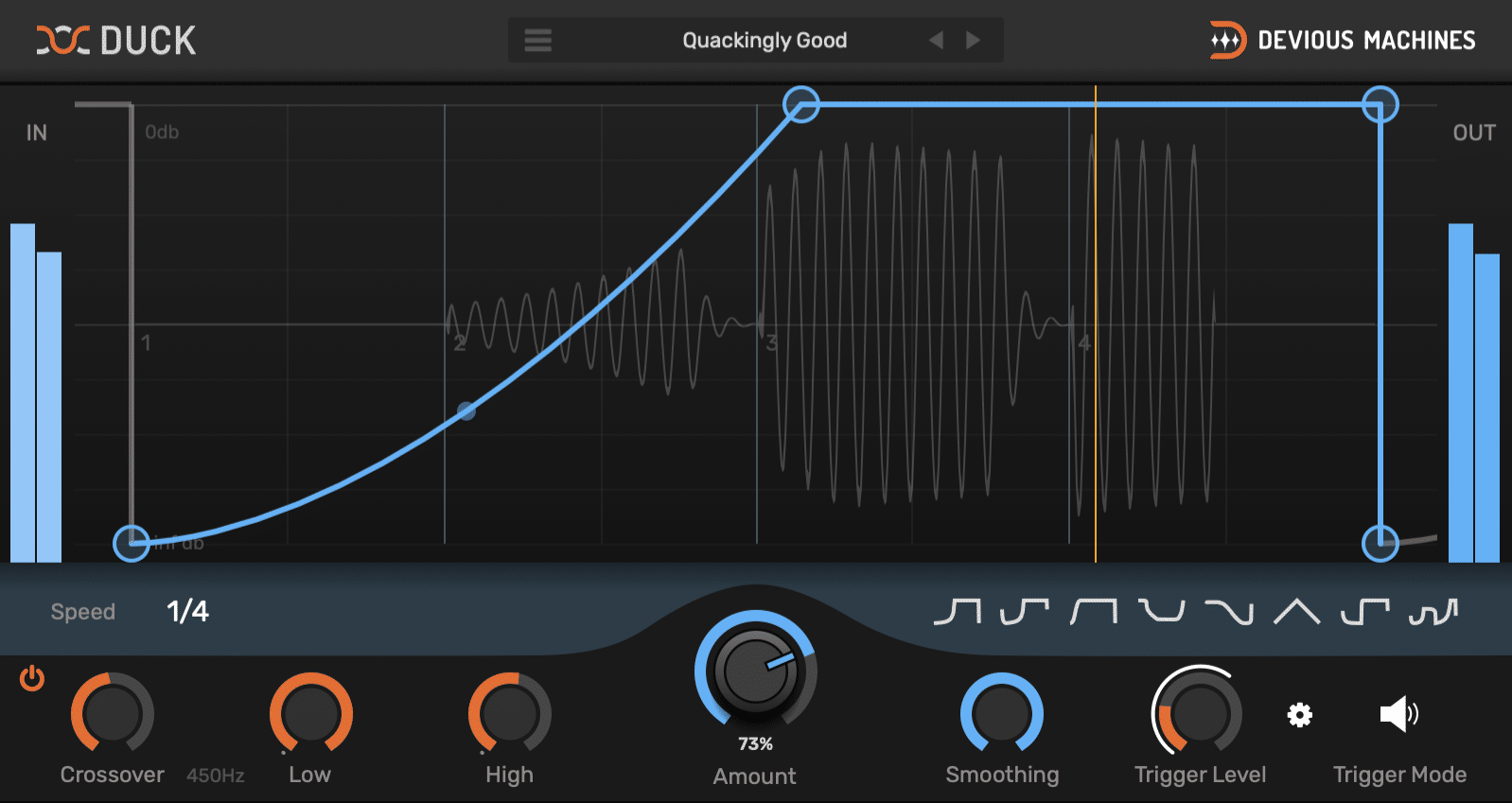 For pumping, gating, tremolo, rhythmic chopping [...] my new favorite! click to watch the review at the
REAPER BLOG

WHY YOU NEED DUCK 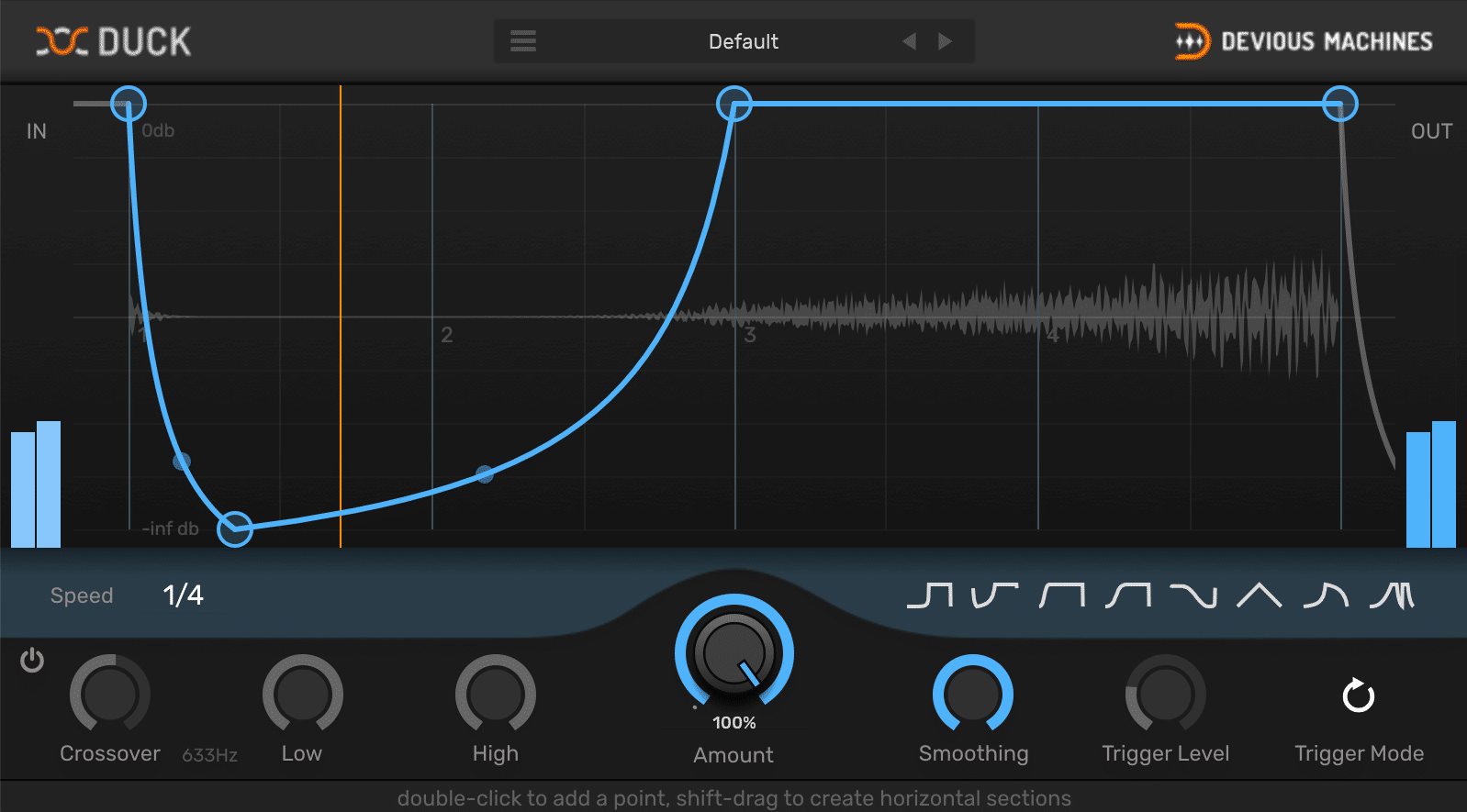 The crossover allows you to process the high and low frequencies of your music separately.

Find out how can use this feature to let your music shine whilst still having all that space for your bass. 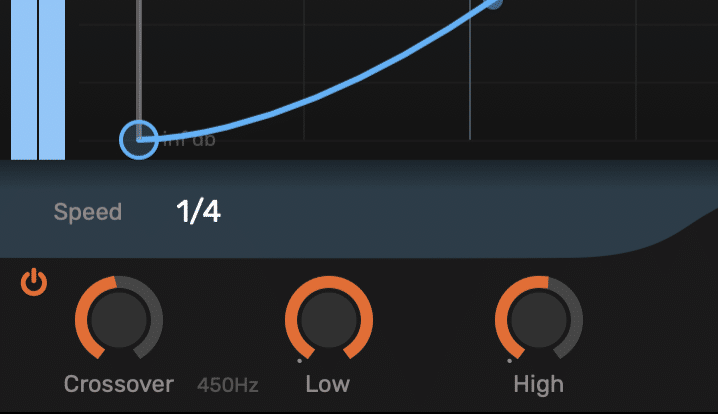 Thanks to Scott Wade and James Russell for presets, testing and more.